Need an expert POV? Call us...

A couple week’s ago in RSG’s inaugural MarTech column, I made the case for refactoring your MarTech stack to focus on lower level “Foundational Services.” Today let’s dig deeper into what that means for your manifold customer data platform technology choices. Read more.

Do CDPs Really Make Marketers Independent of IT?
23-Apr-2021 | CMS Wire | Tony Byrne on CDP's enabling marketers to be able to perform marketing tasks without the support of IT

Tony Byrne, founder of Real Story Group, which helps enterprises make technology decisions said it’s a big win for speed-to-market and adaptiveness, "if IT or some sort of data office has been building and activating segments so far, and the CDP is able to successfully enable marketers to do this themselves." Read More.

By nearly every measure, marketing technology stacks are getting more cluttered. Stack leaders and ops managers need to manage a wider set of tools, across a growing number of channels, while getting bombarded with pitches for new capabilities from vendors and colleagues alike.

The latest meeting of Real Story Group's private MarTech Leadership Council centered around marketing and creative operations in the wake of the pandemic. The session included a case study from a Fortune 50 consumer goods firm along with some RSG analysis. These meetings are confidential, so I can't share all the juicy details and side conversations, but below I'll offer a general overview of some team findings.

This topic was particularly apropos following a Council meeting earlier this year on "Content Supply and Demand Chains." Looking at full-cycle processes inevitably takes you to considerations around operations. When it comes to MarTech operations, there's a wide range of topics to discuss! Here's a sampling of where enterprise stack leaders generally concurred. Read More.

Tony Byrne, CEO and founder of Real Story Group, which provides WCM technology assessments and strategies for buyers, is skeptical of a successful CMS “combination platter approach.” He told CMSWire there is no “combination play” in this market.

Byrne cited what he deemed as failed examples, some going back decades:

Mediasurface: The original combination platter was, which had three different CMS tools, Byrne noted. That failed, he said, and they all died via Alterian and then SDL.

Divine: Roll-up tech company divine had three different CMS tools, also on purpose. All died except for Content Server, which went to Oracle via FatWire. FatWire killed its own homegrown CMS when they bought Content Server from divine, another failed combination, according to Byrne.

Episerver-Ektron: We did find Ektron still with a heartbeat as recently as last June. But there is no denying Episerver's lobbying efforts to get Ektron users to abandon ship and get on Episerver (which is now Optimizely).

"In the examples of killed-by-roll-up systems, I cannot recall a single time where the vendor did not say, ‘We are going to support the new system...things will work out well...synergies…" Byrne said. "They have to say that. And they are always, always lying."

Tony Byrne Describes how Enterprises View the Impact of COVID-19
06-Jan-2021 | CMS Wire | Whatever Happened to Your Company's Pre-Pandemic Plans?

When COVID-19 happened, enterprises had to shift their priorities to focus on serving their immediate needs of their customers and employees while ensuring everyone’s safety. Companies previously carefully crafted plans were put on hold in the wake of the pandemic.

In this article, Tony Byrne, founder of Real Story Group, talked about how the large, global enterprises who subscribe to RSG research view the impact of COVID-19.

“They typically haven’t perceived the pandemic as a major break-point, but more of an accelerator,” he said. “In other words, they are not coming out of the pandemic with some new or revived agenda, but rather, an updated urgency around pre-existing digital transformation initiatives. They have to execute them faster now.”

Organizations are having to become more efficient, decisive, flexible and transparent in how they run their businesses and in how they interact with their customers and employees — and rapidly. Byrne also noted that several RSG Council members are forming strategic task forces to respond to anticipated long-term behavioral shifts, which will then significantly impact those organization’s stack architectures. Read the complete article.

Think you finally got a handle on MarTech? Think again. Looking back on this year's MarTech 2020 event, two sessions on marketing trends raised the stakes: how do you future-proof your MarTech stack? Scott Brinker and Tony Byrne shared their latest thinking. Read More. 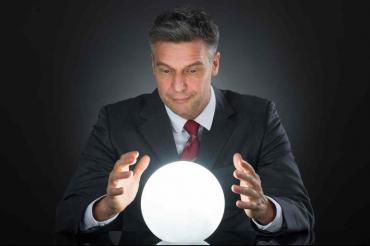 Byrne, on the other hand, says that the real problem of deploying open source across the martech space is that it’s not really a suitable foundation for creating SaaS apps which live in a multi-tenant cloud.

Open source software is typically downloaded by developers, “massaged,” then delivered back to the community. By it’s nature, it’s single tenant, Byrne explained. “If you’re in the cloud, you’re paying Azure or Amazon or somebody. The cloud is designed around a service model not a software licensing model, whereas open source is all about the software licensing and getting access to the single tenant. You don’t typically see open source solutions built cloud natively, from the ground up.”

Less than a week away from the start of the new fiscal year for many businesses on July 1, IT and marketing departments have already started their annual tug-of-war over martech purchasing platforms, tools and vendors.

What are the best practices when buying martech for the 2021 fiscal year? It may be easier than you think.

Keynote presentation was given by Jarrod Gingras- Managing Director & Analyst, Real Story Group, on the topic 'The state-of-the-art Martech Stack: What it looks and how it works”.

During his presentation, Gingras explained, “Ideal customer engagement is right content to the right person in the right context at the right time and measure the effectiveness."