The need to quickly and easily share files has given rise to consumer-oriented cloud services such as Dropbox and Google Drive. These offerings are simple to use, usually require no up-front investment, run off a public cloud, and provide lightweight document and collaboration services. But they are not digital asset management systems.

During the last year, several cloud-file sharing services, Box.com in particular, began claiming their cloud file-sharing services (CFS) were also digital asset management (DAM) systems. Some may be fooled into believing this. Much like fake news can sway an election, fake marketing can also sway an enterprise software selection team.

More to DAM Than Sharing Files

DAM technology too often gets perceived as merely an image repository. This is a shallow view — like saying that a person sitting in a hot tub and kicking his legs constitutes swimming. Actual swimming includes a whole lot more than that, just as digital asset management consists of far more than just putting images in a central searchable repository. So let’s say it clearly: Box.com is not a DAM. Google Drive is not a DAM. Dropbox is not a DAM.

It’s a good time to remind everyone of the 10 core characteristics of a DAM, which the board of the DAM Foundation ratified several years ago to set a standard for the baseline functionality of a DAM. Many vendors that have been tested against this standard have failed (about 35% of the 100+ vendors), in particular on the following characteristics:

That’s not to say that DAM systems couldn’t benefit from gaining some of the features of CFS systems. To that end, vendors such as Bynder and ADAM both have added a desktop tool that offers CFS-like features such as desktop and offline synch. WebDAM, meanwhile, offers a direct integration with Box.

Get the Real Story

If you’re looking to better understand DAM Fundamentals, be sure to pick up a copy of my book as a holiday gift to yourself.

If you’re looking to make the case to invest in a fully-functional DAM for your organization, use RSG's research, which equips you with all the details to outline the features and advantages that 30+ DAM vendors have over a CFS system.

Join our webinar to learn about the latest trends in the evolving Digital Asset Management (DAM) marketplace and how to align your goals and assess your options in 2023.

Festival of DAM: Setting Up Your DAM to Work for You 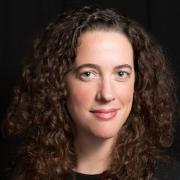