Today Salesforce announced a new partnership with Microsoft to run the former's "Marketing Cloud" suite in Azure, as well as tie Salesforce CRM more closely to Office 365 Teams.  What should you make of this?

The Marketing Cloud bit represents the biggest news and interpretation requires some background context.  Marketing Cloud never ran on the Force.com platform. The former ExactTarget team and infrastructure was always very independent and ran their own hosting infrastructure. This was not sustainable and at some point Salesforce was going to have to make a move to the public cloud.

The only question: which one? It's well known that Salesforce's own infrastructure pre-dates the public cloud and they really can't compete with Amazon, Microsoft, and Google on core IaaS type services. Marketing Cloud tends to target B2C enterprises, so the choice of Azure makes sense in one context where some B2C firms are wary of Amazon for competitive reasons. But I'd also imagine there's more to the decision than that.  We'll see.

If you're a Marketing Cloud customer, you'll want to investigate two things:

If you're an enterprise considering Marketing Cloud afresh, you may want to pause any deployment to see what this all means in terms of reliability in the near term.  You can get the inside scoop on Marketing Cloud and its many competitors in RSG's outbound marketing vendor evaluation stream.

The Teams integration thing is trivial. Every vendor has to offer a Teams plug-in because O365 is nearly ubiquitous. In many cases this is just for show, since RSG's Office 365 research suggests Slack will continue to persist among high-performing internal teams where employees can influence what tools work best for them.

On a final note, this also confirms that Microsoft's budding relationship with Adobe is not inconsistent with a relationship with Salesforce. Adobe and Salesforce do compete in some areas but also have significant differentiators, and most large enterprises license something from both vendors. 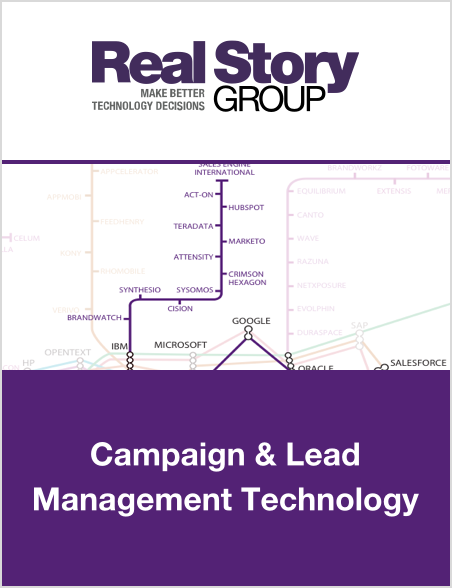 We understand. There's a lot of biased reviews out there.

No, thanksDon't ever show this again

Join RSG Founder Tony Byrne to learn key trends that are shaping enterprise stacks, and how they affect your technology choices and more

Join this fast-paced webinar to learn how an evolving MarTech stack is influencing critical choices in your campaign and outbound marketing technology strategy.

[Webinar] The New MarTech Stack for the 2020s: What Will it Look Like?

Get an overview of tectonic forces affecting enterprise stacks, and learn how you should adapt your strategy for a more composable and omnichannel decade ahead.

Learn how to identify and eliminate bad vendors and worse ideas